It’s all about Power Skills

Empowering about 500 journalists, primarily reporters, more than 1000 teachers, around 2000 students, and over 2500 people with #Power Skills has been a roller coaster ride. All this began with a 5-day short course at google in 2018. The challenge was enormous, but as soon as I initiated a Fact-Checking Module for three private Mass Communication Colleges, the road ahead became smooth. The best part of sharing your knowledge with a younger audience is that they are open to learning, and while skilling them, you also learn some new tricks yourself. As we went ahead with Media Literacy, it was time to go deeper into society with our quest for truth. In 2020 I focused on NGOs and School Teachers. Empowering youth and women in NGOs working in UP, Bihar, Chhattisgarh, Maharashtra, Orissa, and Jharkhand was an unforgettable experience. People from the interiors connected for the session via phone and shared their stories with me. I worked with over a dozen NGOs and did media literacy sessions online and offline.

As I moved places, I got new ground to cover, and this time, I decided to get in touch with Panchayats. Media Literacy and the introductory fact-checking session are giving villagers a perspective. There are heated debates and arguments, but with good examples, I always find common ground to connect with them. 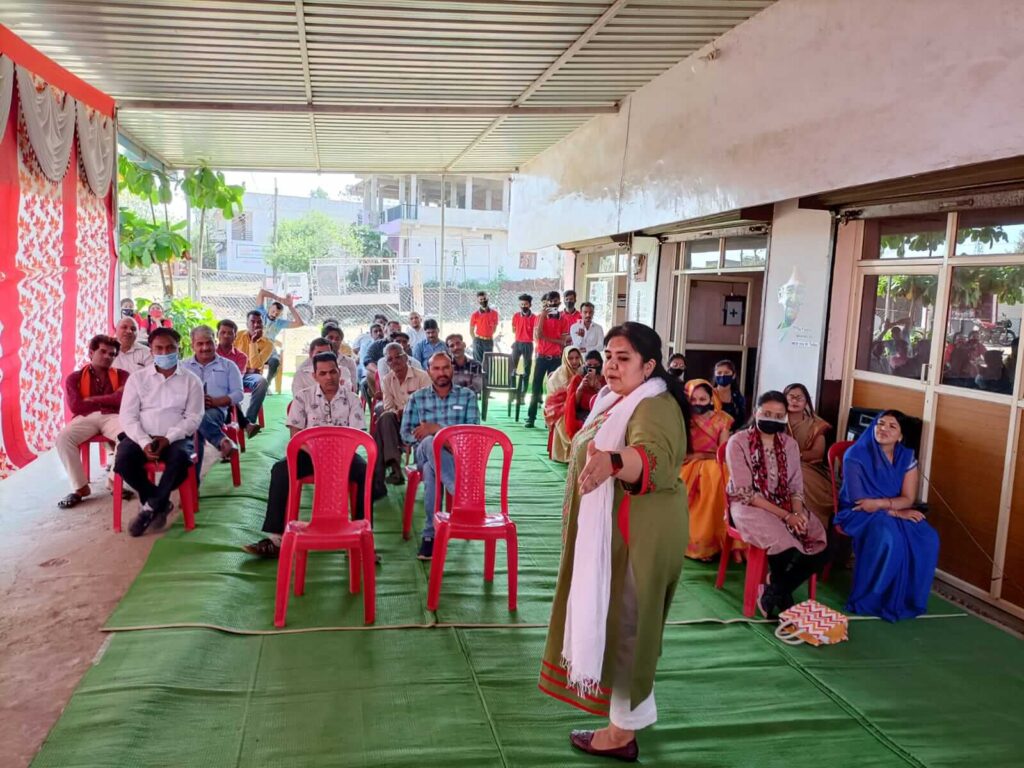 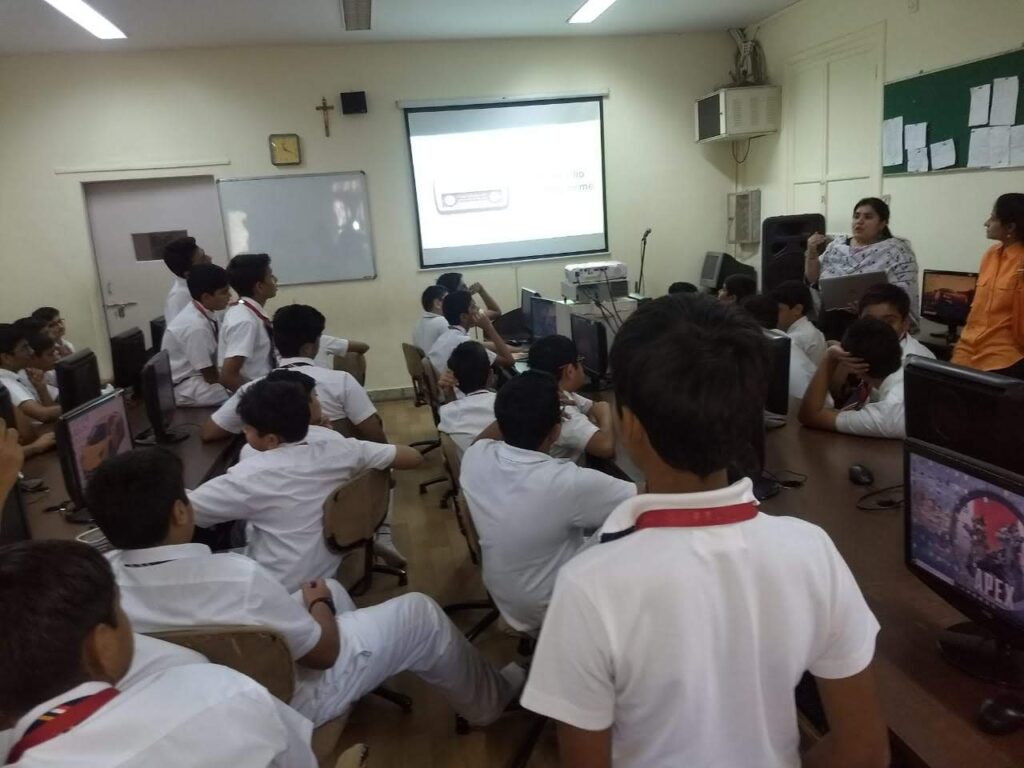 Photo Caption: News sensitization is the need of the hour.

We live in a world full of information, and news is constantly being bombarded from every corner. These circumstances demand from us better decision-making, understanding and analysis. With this in mind, the Principal of The Campion School, Colaba, Mumbai, invited me to take a news sensitization session with classes 8th and 9th. As I started discussing the news scenario in the country, the excitement level rose. I encouraged students to share their thoughts and opinion on the issues. While doing so, I picked up two students who would ensure that

This way, we could hear more views, we made sure people were heard, the idea of respecting other person viewpoints was sowed, and the debate was healthy.

As we progressed and we discussed misinformation and disinformation, the students were quick to pinpoint the problem areas in the videos and images shared with them. They were excited to learn about the tools used to debunk fake news. The best part is most of them wanted to use the tools so that they could correct their parents and grandparents with proof. With this session, We empowered 13 and 14-year-olds with new skills and tools. 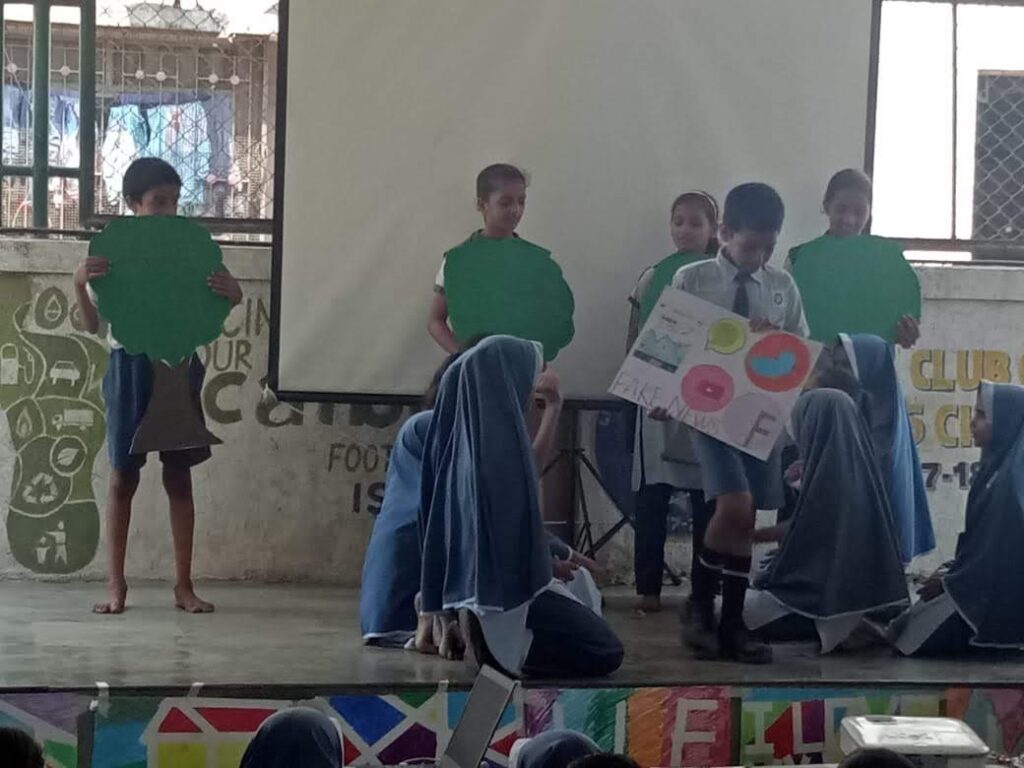 Theatre, an expression, an art form that has stirred revolutions, a confidence builder, is an enabler of sorts for those who otherwise are quiet and introverted.

I always knew the power of this art form, but when I wrote a play on Fake News for children of a Municipal school in Dharavi, Mumbai, to make them understand media. A seven-day workshop, Started with a general discussion and a storytelling session. On day two, I made them draw in class, and we had a show and tell. This helped me gauge their confidence levels, expression, diction, and voice. It was now time to share the idea of our play. Script with dialogues was given to each one of them.

Day 3 was the day of casting, auditions and practice. I carry a dholak and a dhaapli to my theatre workshops. A 12-year-old who did not want to act came to me and said, “Can I play this” without a word, I gave the dholak to him. He played it like a drum, and we made him the musician of the play.

It was a batch of 25 students. We had about 18 characters to be played, so with one drummer, we made the rest of the singing band, which doubled up as a crowd for various scenes. The following four days were intense practice, but due to family conditions and other such issues, every day, we would have one or the other character missing. After all the stumbling blocks, the final day was something that I did not expect. The play was the grand finale of the event, where children showcased all the activities done during the summer vacations. The children performed with such a lot of ‘Josh’ that there were rounds of applause in between the play too. It was praised by the School Principal, teachers and parents.

This experience came to an end with a lot of selfies. 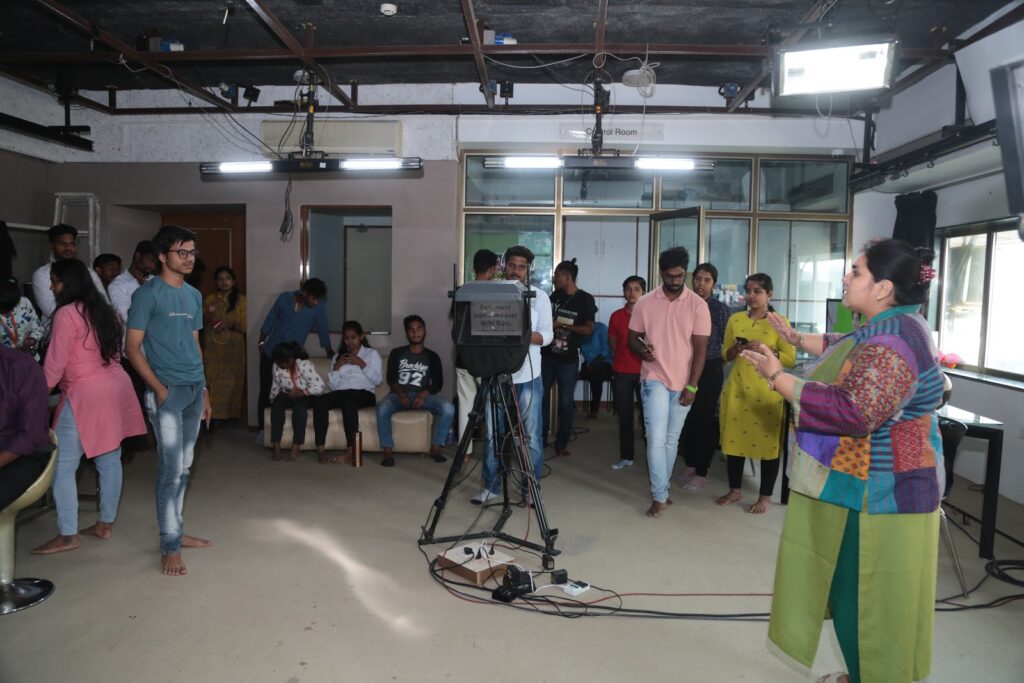 Being on Camera – A Confidence Building Workshop

Clicking a selfie or doing video calls with friends is one thing. Being in front of people and talking or being on camera to talk about an issue, report news or deliver content that the audience will listen to is totally another. I would call it an art; several factors are in play. We train students in this skill via 12 to 15hour workshops. Students are introduced to different aspects of being on camera. Starting from understanding the news to various techniques and approaches that are followed by the industry to how one can create his or her style. While making a student confident about himself/herself is half the battle won, now it’s about polishing the speech/ the way of speaking. This task takes time, but in my workshop, I share a few exercises and methods through which interested students can sharpen their skill post the workshop as well.

The workshop I took for third-year students of BMM made me realize that voice training is as essential as look training. We did a two-hour voice session where students wrote a piece of news that they were following and had an interest in so that it was easier for them to read and speak. While doing this, we worked on skills like decision-making, writing, patience, acceptance, reading and diction. The final product of this workshop is a reporter-style mojo video clip which everyone captures on their phones and a video of a formal Headline + Anchor link. It is shared with the students at the end of the session. Happy with what they gained in the workshop, the students realized that these skills are essential as they are ready to step into the real world.